Aren’t Mainframes Going the Way of the Dinosaurs? 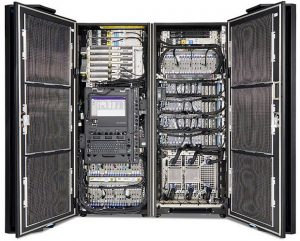 Next time you hear a Millennial say, “Who is Billy Joel?” or “That technology disappeared along with the dinosaurs?” Consider the following.

I was catching up with a friend recently who works in IT security on the open systems side. He is in his early 30s and has done very well in his chosen profession. While catching up, our discussion turned to our careers.

While bringing him up to speed on what New Iron Solutions is doing, he asked me why we are investing so much into supporting the mainframe as, everyone knows, the mainframe is going away?

How about security? If the security is patched and current, the mainframe is probably the most difficult system to hack. Can it be hacked? Probably, but there is a lot lower hanging fruit out in cyberspace that is easier for a hacker to get into than a mainframe. With the addition of pervasive encryption on the newest mainframe (the Z/14), even if it is hacked, it would be very difficult for the hacker to obtain any useful information from the data.

How about virtualization? It started on the mainframe in the late 1960s and was the inspiration for virtualization on the open system platform.

I finished by explaining that migrating off a mainframe can be a very expensive proposition. The underlying code needs to be converted to a new language for whatever new environment it is being migrated to. The conversion of the code itself might be relatively simple, but the testing and verification of the code in the new environment can take a long time and be very costly.

To be objective, I then told him the not-so-good parts about the future of the mainframe.

There simply are not enough younger people in their 20s and 30s interested in the underlying coding languages (COBOL and Assembler) that the mainframe runs on. There are still enough people to support the operating system, databases and transaction management software, but there are few schools teaching Assembler or COBOL code languages outside of those involved in the IBM Academic Initiative.

We also have to consider that the next generation of CIOs and CEOs will most likely be in their 40s and 50s. The majority of them will have come from open system environments with no knowledge of the mainframe. Thus, they may have the pre-conceived notion that the mainframe is an outdated platform.

These two examples alone may influence some companies to make the costly transition to another platform.

After digesting what I told him, he agreed that the mainframe is not going anywhere for the time being. But what about 10 years from now? What if there is no one to support the code?

All good questions. Our belief is that it will come down to companies finding young people who show an interest and aptitude in the mainframe and then training them up within a given skill set with a focus on COBOL and Assembler. With a solid understanding of these two key programming languages, and providing compensation at the same rate (or higher) as programmers with other programming languages, we believe the mainframe will be around and supported for many decades to come.

Can dinosaurs say that?