The High Cost of a Mainframe Going Down 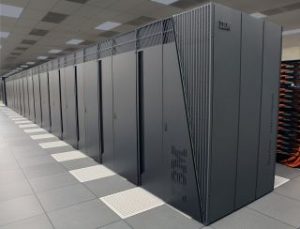 Mainframes are known for their reliability. In the world of big iron, downtime is a rarity because the software is so stable, the hardware is so dependable, and security risks are minimal. Right?

Let’s take a look at some surprising mainframe crashes and their associated costs during the past decade.

The Cost of Human Error

The common thread in these and many similar cases is human error. Studies show that human error is responsible for up to 75 percent of system downtime. Some common mainframe programming errors include the following:

Such mistakes can be disastrous. According to a 2017 Ponemon Institute Study, the average cost of downtime at an organization is about $9,000 per minute. That doesn’t even take into account the damage to your company’s reputation, customer base, and future. But here’s another statistic to keep in mind – a stunning 40 percent of businesses that suffer significant downtime never fully recover.

Carefully planned disaster recovery solutions are essential. But the core of the issue is the limited pool of knowledgeable mainframe programmers on staff at many financial, government, and other organizations. Inexperienced programmers with limited knowledge of the systems for which they are responsible can cause immense damage.

At New Iron Solutions, we understand the staffing challenges that can lead to costly mainframe crashes and business downtime. We can help you meet your staffing needs before they impact your business. Contact us online today or call 1-844-388-IRON (4766).